Pelosi thanks National Guard troops ahead of impeachment proceedings

House Speaker Nancy Pelosi on Wednesday morning thanked National Guard troops protecting the Capitol one week after supporters of President Donald Trump rioted inside the building in an attempt to block Congressional certification of the 2020 presidential election results.

Pelosi’s deputy chief of staff Drew Hammill shared a photo of the speaker addressing dozens of troops near the Capitol’s East Front steps where scores of rioters converged on Jan. 6. A spokesperson for Pelosi (D-Calif.) said the speaker thanked the troops and their families “for protecting the Capitol and our democracy.”

“Even during this dark time in the history of America, we find reasons for hope. It was my privilege today to personally thank members of the National Guard who are working protect our nation’s Capitol,” Pelosi wrote on Twitter. “Thank you for your commitment to our American democracy.”

Thousands of Guardsmen have been deployed to protect the Capitol against further violent protests ahead of President-elect Joe Biden’s inauguration next week. The Pentagon on Tuesday approved arming troops responsible for security around the complex with lethal weapons, a decision that came after demands from Congressional leaders, including Pelosi.

As many as 15,000 Guardsmen are expected to be deployed to the Washington area. 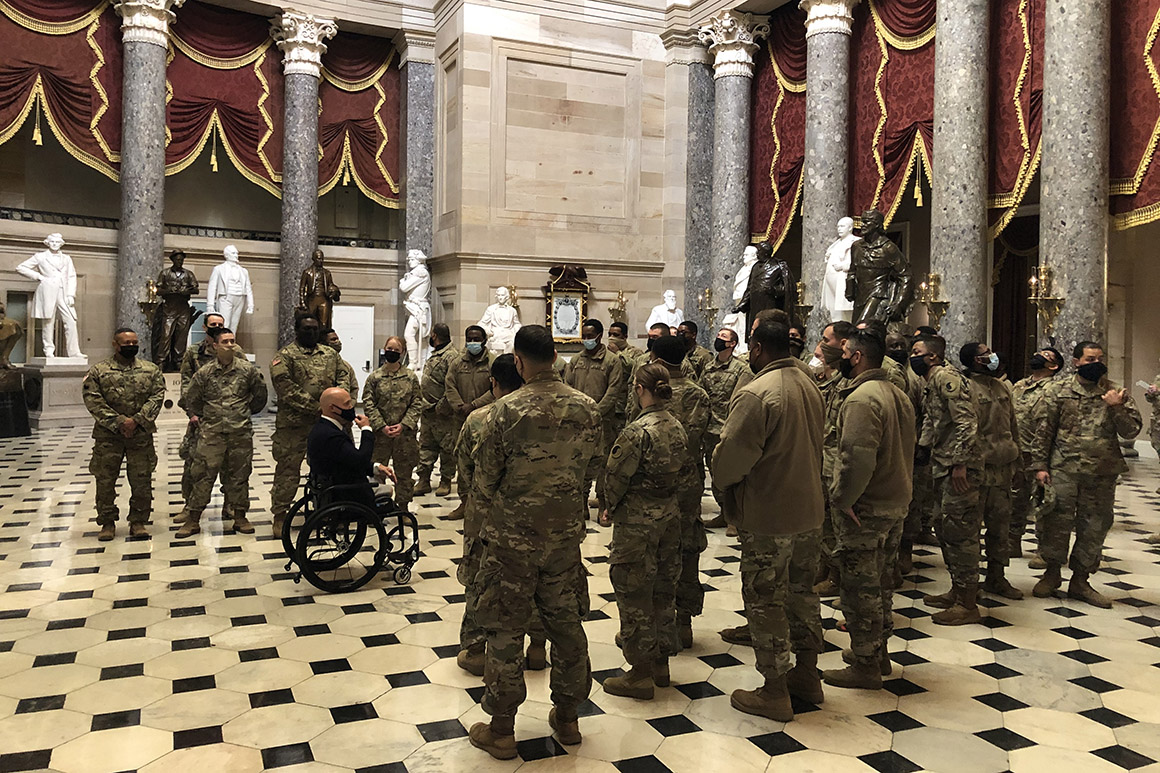 Rep. Brian Mast (R-Fla.), a veteran who suffered injuries in the U.S. Army during the Iraq war, was pictured on Wednesday giving a tour of the Capitol Rotunda to a number of Guardsmen after witnessing them sleeping in the Capitol Visitor Center.

Do you drink bottled water? Read this | Adrienne Matei

Biden killed the Keystone Pipeline. Good, but he doesn’t get a climate pass just yet | Nick Estes

How much is an elephant worth? Meet the ecologists doing the sums

Flower power! The movement to bring back Britain’s beautiful meadows

Country diary: on this mystical upland, a case of mistaken identity